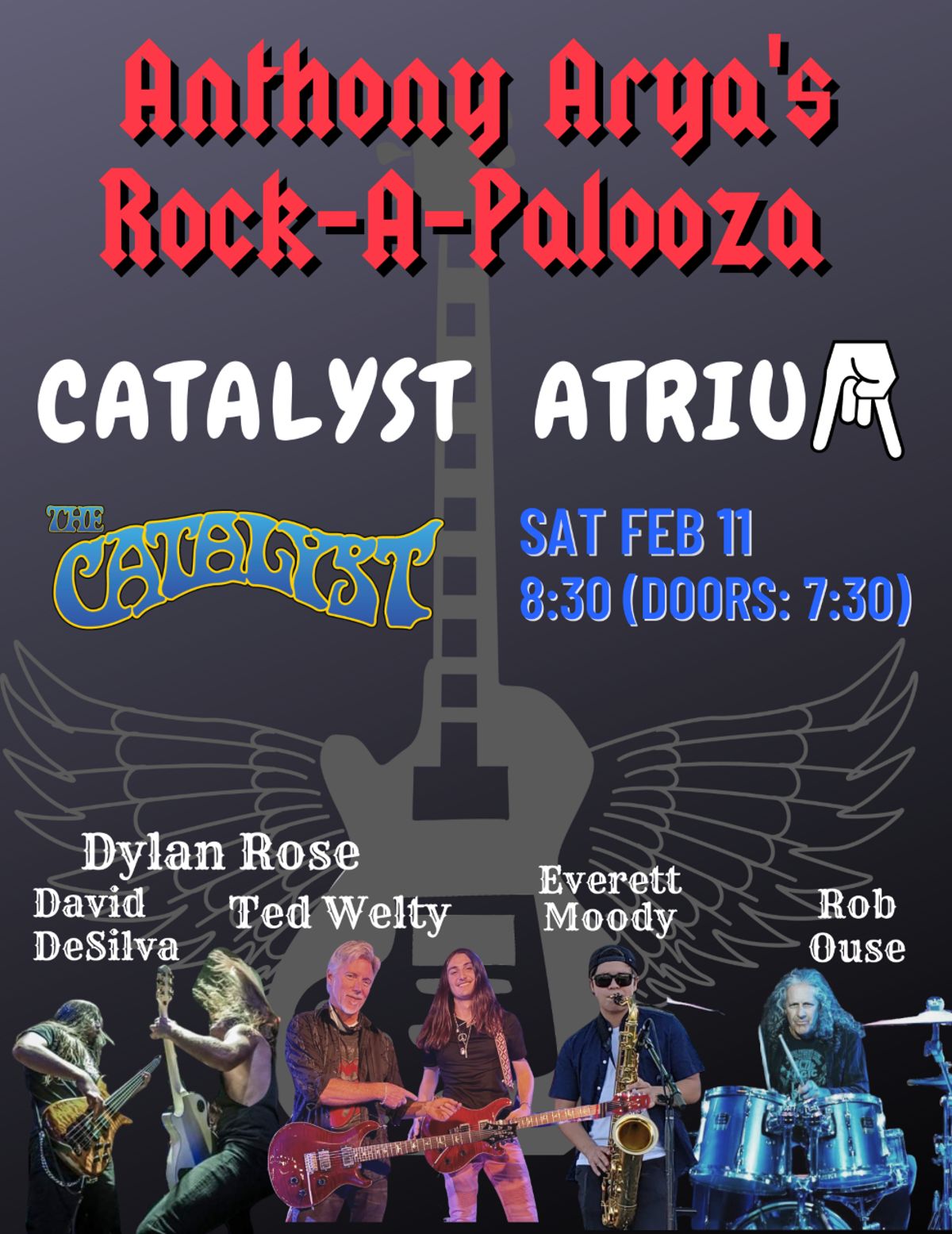 Anthony Arya teams up with Santa Cruz rocker heavy weights Dylan Rose, Ted Welty, David DeSilva, and Rob Ouse along with Everett Moody for a night that will bring down the house. No rock songs are off the table.

Anthony Arya: Anthony Arya was on Season 15 of The Voice and has since released three albums of original music. The Anthony Arya Band, a crowd favorite in Santa Cruz, brings a rockin’ new dimension to Arya’s original music combining influences of rock-n-roll, folk and blues.

Ted Welty: Guitarist and singer/songwriter Ted Welty is the host of Welty Wednesdays, consistently one of the best attended local music events. Ted is cofounder of the 1990s alternative rock band Iguana Jive, who were signed by independent  label, Maddog Records and went on to record their first album at A&M studios.

David DeSilva: David DeSilva has been a gigging bass player since he was a teenager, playing everything from Death Metal to Top 40 Dance Music. David toured the United States and Europe with his band, Archer Nation, who have shared the stage with many acts including; Black Label Society, Queensryche, Annihilator, Hellyeah, Y&T, and Living Colour.

Rob Ouse: Rob is a multi-instrumentalist and musical chameleon. Rob rocks it hard and steady on drums and backing vocals

Everett Moody: Everett is the young Saxophone player around town that everyone is talking about…